A sport that uses a racket that is practiced between two players or two couples in a rectangular court divided transversally by a net. It consists in pushing a ball with the racket over the net trying to make it bounce on the opposite field and trying to make the adversary not return the ball. The matches are played in three or five sets with a complex scoring system.

Apart from having a large number of techniques and resources, the most successful players need a great mental strength. Some are capable of turning around complicated matches, while others break down when the pressure and errors prevent them from playing as they are used to.

The key to success is to win all the games where you’re serving, and then try to win as many games as possible when the opponent’s serving. In a very tight match, winning by even one break point may result in a significant advantage.

The International Tennis Federation (ITF) is the maximum organization for world tennis, and its main objective is to regulate, expand and bring the sport all over the world. 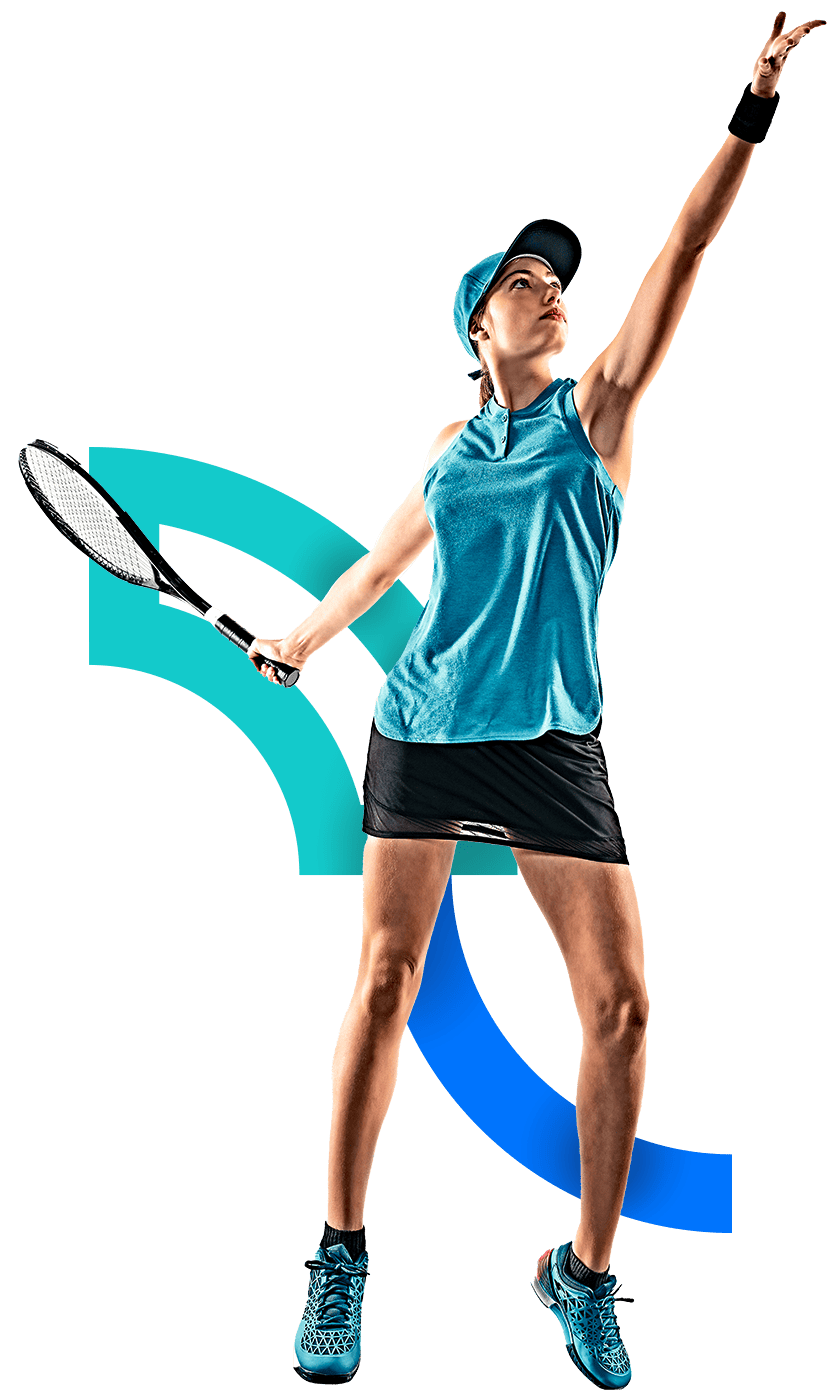 It is believed that Tennis arose in the 12th century in France. In those first versions of the game, the ball was hit with bare hands. From the 16th century, rackets were included in the game.

It was born in Europe by the end of the 19th century and expanded initially between the English-speaking countries, especially among their upper classes. It was invented by the British commander Clopton Wingfield. Although Winfield claims to have designed the game, to which he named sphairisrtiké (from Greek ‘playing with ball’), based on an ancient Greek game, several authorities believe that actually he adapted the principles of the jeu de paume, squash and badminton to play outdoors. The first players preferred to call Wingfield’s game ‘grass tennis’ or simply ‘tennis’.

The first rules were published in 1888.

Tennis was included in the first modern Olympic Games in 1896, but it was eliminated from the program after the Paris 1924 Games. It returned to the program 64 years later, with Miloslav Mečíř (Czechoslovakia) and Steffi Graf (Western Germany) as winners of the gold in the two individual tournaments in Seoul 1988.

Tennis has been played since Buenos Aires 1951, the first edition of the Pan American Games. The historical medal count is led by the United States, a delegation that has won 27 gold medals.

How do you practive it?

It is played on a rectangular court and its measurements vary depending on the mode you play (singles or doubles). For singles, the measures are 23,77 meters long and 8,23 meters wide. For doubles, the length is the same, but the width is 10,97 meters.

The ball is a rubber chamber covered by felt (wool + cotton) and has a size of 66mm and a weight of 58 g. It must have a bounce higher than 135 cm and lower than 147 cm upon being thrown from a 254 cm high over a hard surface.

The scoring in tennis is divided in points, games and sets. Upon scoring four points, a game is won. Said points are counted in succession as follows: 15, 30, 40 and game. In case the competitors tie in 40, they must score two consecutive points to win the game. Then, when a player wins six games, they score a set. The winner of the match is the player who scores two or three sets, depending on the characteristics of the tournament.

If the score of the game is tied to five, there are two possible ways to end the set: if a player wins seven games with a difference of two; and if the game is tied at six, a tie-break decides the winner (a player must win seven points, with two points difference).

Which of the 4 Grand Slams is played on clay courts?

The Metropolitan Tennis Association brings together most of the clubs in Santiago. It organizes tournaments and its main objective is to bring together different people linked to tennis, promote its practice, protect the interests of the affiliated clubs and train new talents.