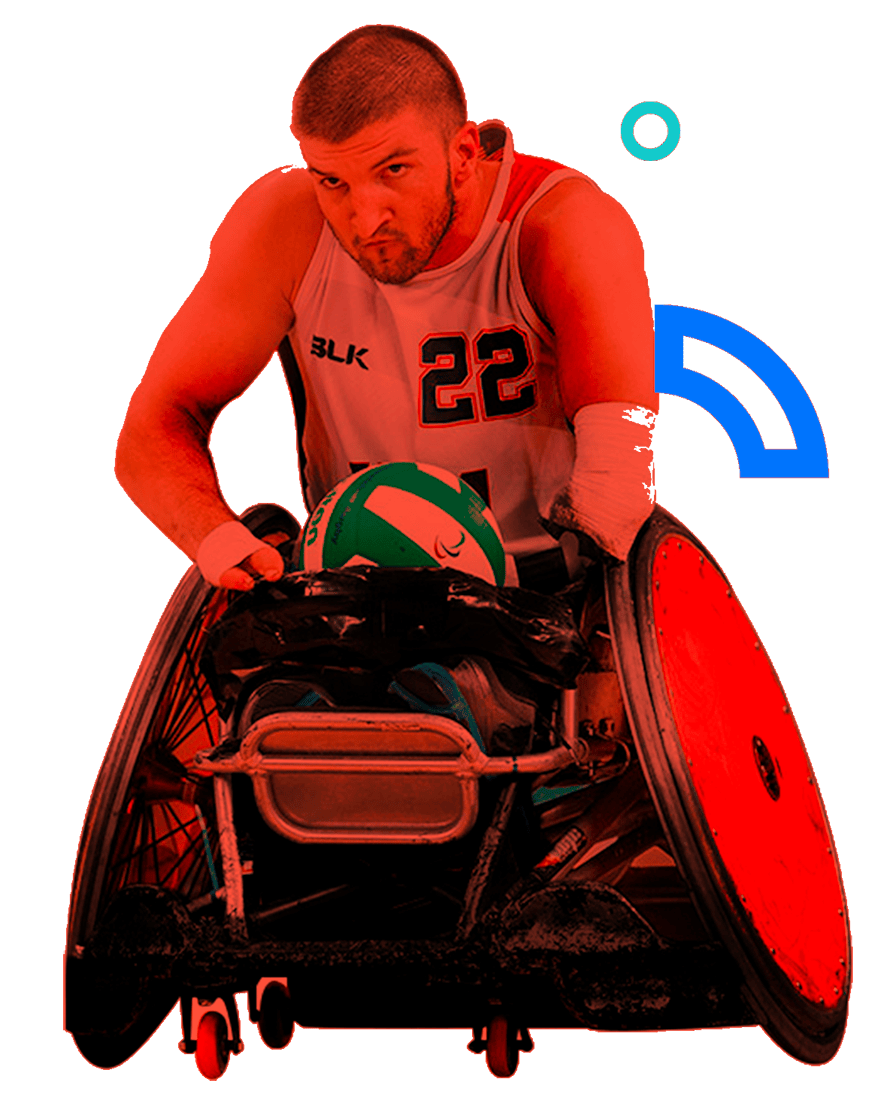 This extraordinary and versatile discipline combines rugby, basketball, and handball elements. Players compete in teams of four to pass the ball through the goal line on the adversary’s field.

The contact between the wheelchairs is not only allowed, but it is an integral part of the sport: players use their wheelchairs to block opponents.

Para athletes of this discipline need lots of stamina in their arms to respond to the offensive of the opposite team. In fact, the core is the strength that athletes must have in the torso and upper limbs. 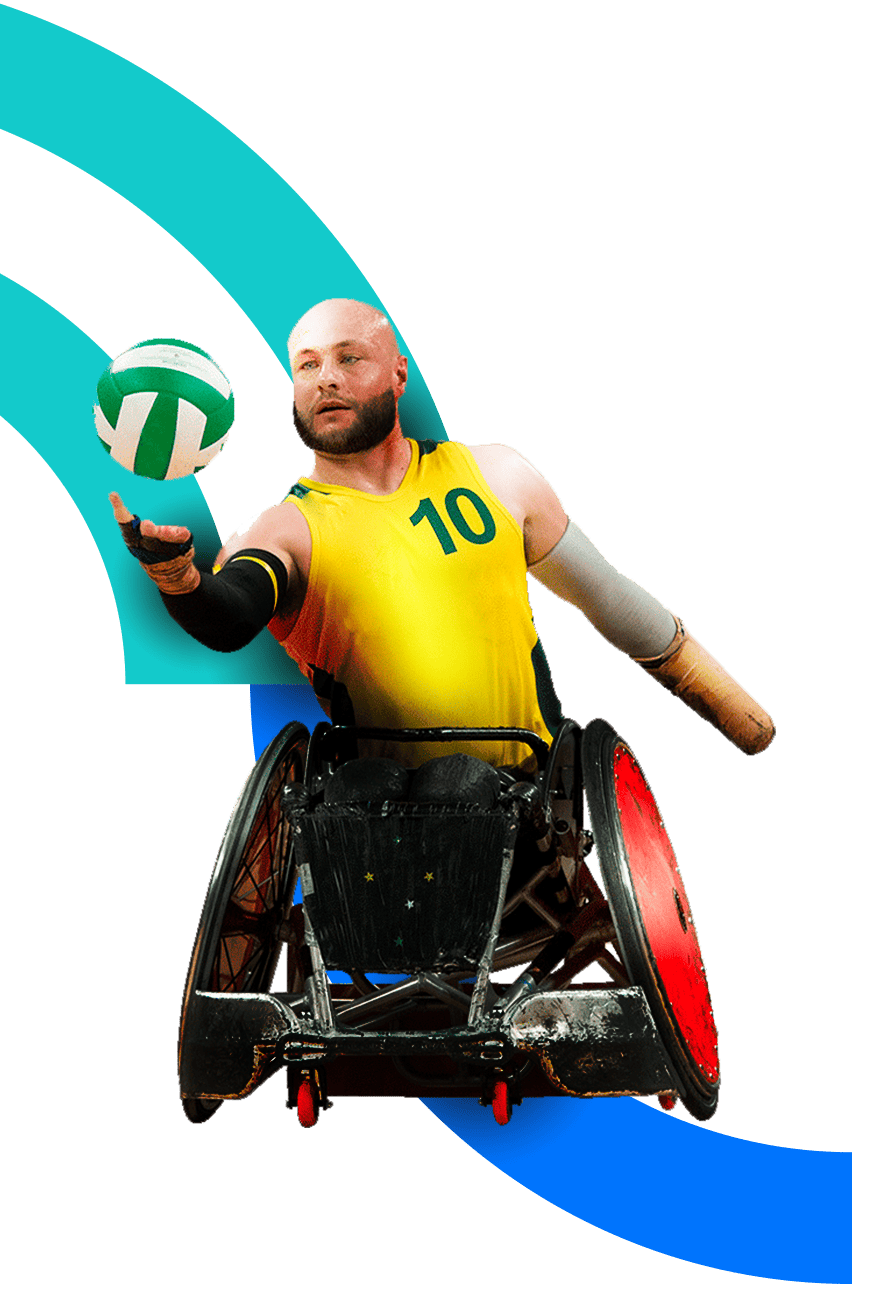 You must know that the level of disability of a player in wheelchair rugby has seven different classifications that range from 0.5 to 3.5, and the lower the number, the higher the disability level and physical compromise.

The four people teams that compete on the court cannot have a general classification of 8.0, meaning, that the sum of the Para athletes’ scores cannot overcome this number.

Players with a 0.5 classification tend to be defensive or blockers due to their higher physical disability, while the ones with the higher classification are usually centre position or playmakers, adequate for more dynamic roles. Usually, they are the ones who have the highest control of the torso and joint range on their upper limbs.

The teams are mixed, composed by men and women. For each female player on the court, an additional half point is allowed.

This Para sport was born in 1977 in Canada, when a group of Para athletes created this option that allows players with a bigger physical disability to compete in equal conditions.

Wheelchair rugby debuted as an exhibition event in the Atlanta 1996 Paralympic Games, but was granted the medal category four years later, in Sydney 2000, and has maintained that status since then. Duncan Campbell, a Canadian athlete, developed the basic rules and regulations and ensured that the sport was designed for people with a high level of disability could have a sport to call their own. Wheelchair rugby is played in about 40 countries.

The Parapan American medal count is led by Canada and United States, with one gold medal each.

How is it played?

The match is like this: two teams of four players compete and move within a court that is 28 m long, plus 5 m of over court for each backline, by 15 m wide.

This discipline is played with a ball of similar characteristics to the volleyball ball and the objective of each team is to cross the goal backline on the adversary’s field with the ball on their hands. One point is scored when the player passes the line.

The bumps between wheelchairs are allowed, as long as it doesn’t generate physical contact between the Para athletes.

The game lasts 32 minutes, divided in four periods of eight minutes each. The first and third timeouts last two minutes, while the second timeout lasts five.

The attack of each team has a time limit of 40 seconds. If during this time limit they do not score, the ball must be ceded to the adversary team. Additionally, players have 12 seconds to cross the half line on the court. To keep this possession, the ball must be dribbled or passed to a teammate on a period no longer than 10 seconds.

It is considered a fault when the rear axle of the players’ wheelchair bumps. In this case, the attacking team cedes the ball to the adversary team. If the defensive team is the one that commits the fault, the player is suspended for 60 seconds or even until the opposite team scores a point.

It is correct for wheelchair rugby that:

One point is scored when the player passes the goal line with the wheelchair.

The national wheelchair rugby team trains in the Calle Larga Municipal Gym, in the Valparaiso Region. They prepared themselves very hard in the venue, which also had qualifier matches in preamble to the World Wheelchair Rugby Championship, held in Medellín in January 2022.

The interesting fact is that four players are from Calle Larga, which facilitated that the national team chose that venue for their training, with the addition that the Municipality offered the gym for the sport.