The main objective in judo is to use your strength and movements to make your opponent lose their balance and launch them to the ground, forcing them to submit.

This Parapan American discipline is practically the same as the Pan American in terms of their rules and techniques. Nevertheless, there are some differences: Judokas start grabbing the opponent's judogi jacket. Another difference is when judokas totally lose contact with their rivals, the judge stops the bout. Finally, athletes are not penalized if they leave the contest area. 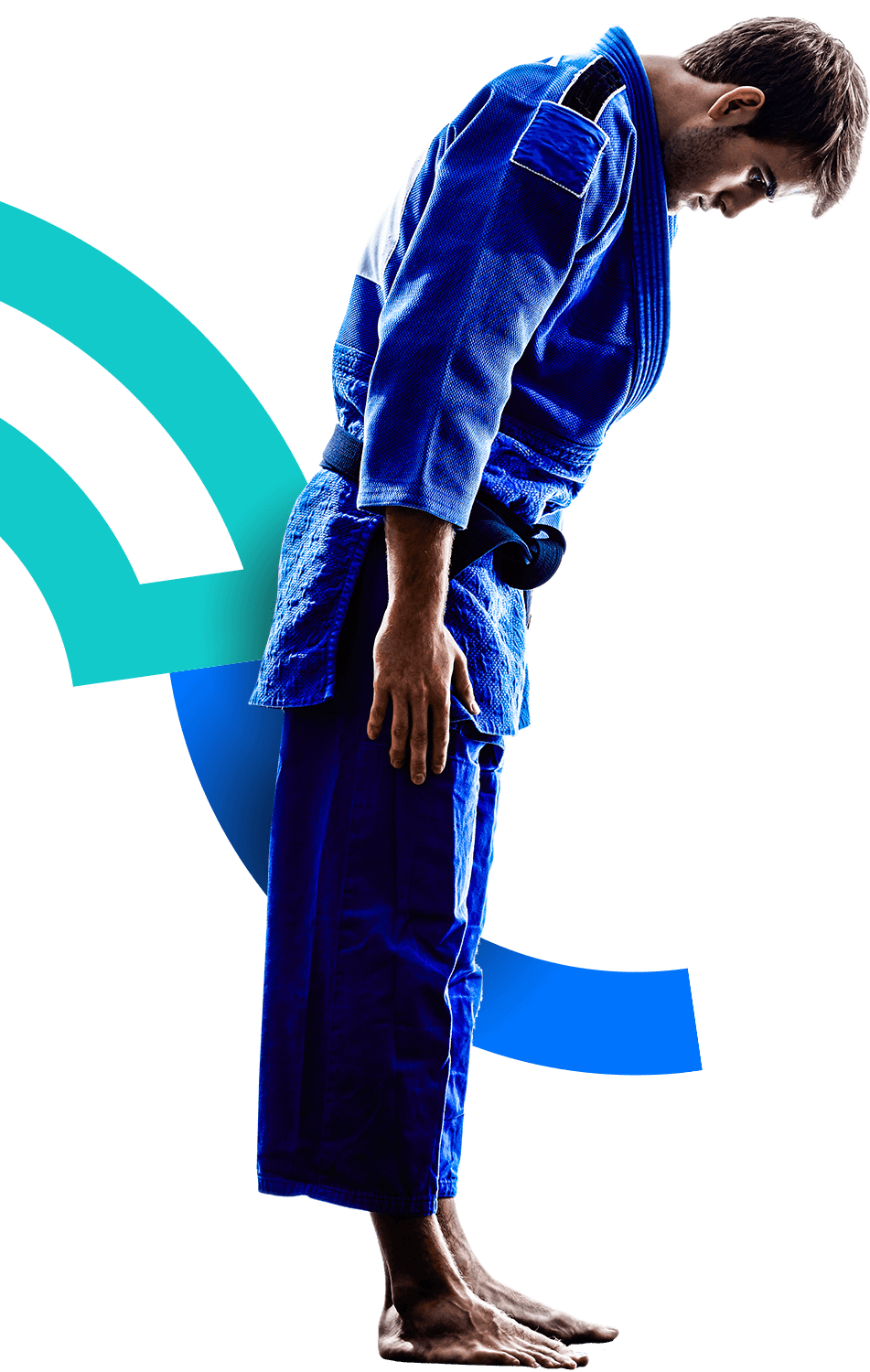 Those who can participate in this competition are classified in J1 (low visual acuity) and J2 (completely blind).
Judokas are also split into weight categories.

Judo comes from jiu-jitsu and was established as a sport in 1882, Japan.

Jigoro Kano (1860-1938) began practicing jiu-jitsu for self-defense. He soon noticed that with this discipline he could not only practice a martial art but also teach physical education and cultivate the spirit as well.

This way, Kano added his own methods, eliminated the most dangerous elements in combat and named this new creation as Judo, opening his first school in 1882. Due to the great success of this new methodology, it became part of the national physical education system on the island.

The International Judo Federation was created in 1951 and 5 years later -in 1956- the first world championship was held in Tokyo. Judo debuted at the 1988 Paralympic Games in Seoul, and since then it has been part of the programme in every Games. The women’s competition was included at the 2004 Athens Olympics.

In the case of the Parapan American Games, judo became part of the programme for the first time at the Rio 2007 Games. The Brazilian team had a remarkable participation with 4 gold medals at Lima 2019.

Both judokas fight on a rectangular mat called tatami, which has two areas: one is red -also known as the safety area- and the other is yellow, or contest area.

In judo, combatants use different techniques to floor and immobilize their opponent. And given the physical effort, bouts are rather short: four or five minutes at most for men and women.

The punctuation systems are the waza-ari and the ippon. If one of the fighters scores an ippon, the combat is over.

Which discipline does judo come from?