It is a race full of speed and agility. Each competitor must use an adapted bicycle, according to their type of impairment.

Initially, only athletes with visual impairment competed, but now cyclists with physical disabilities and cerebral palsy are included.
This competition goes through the city, so all Games fans can enjoy it. 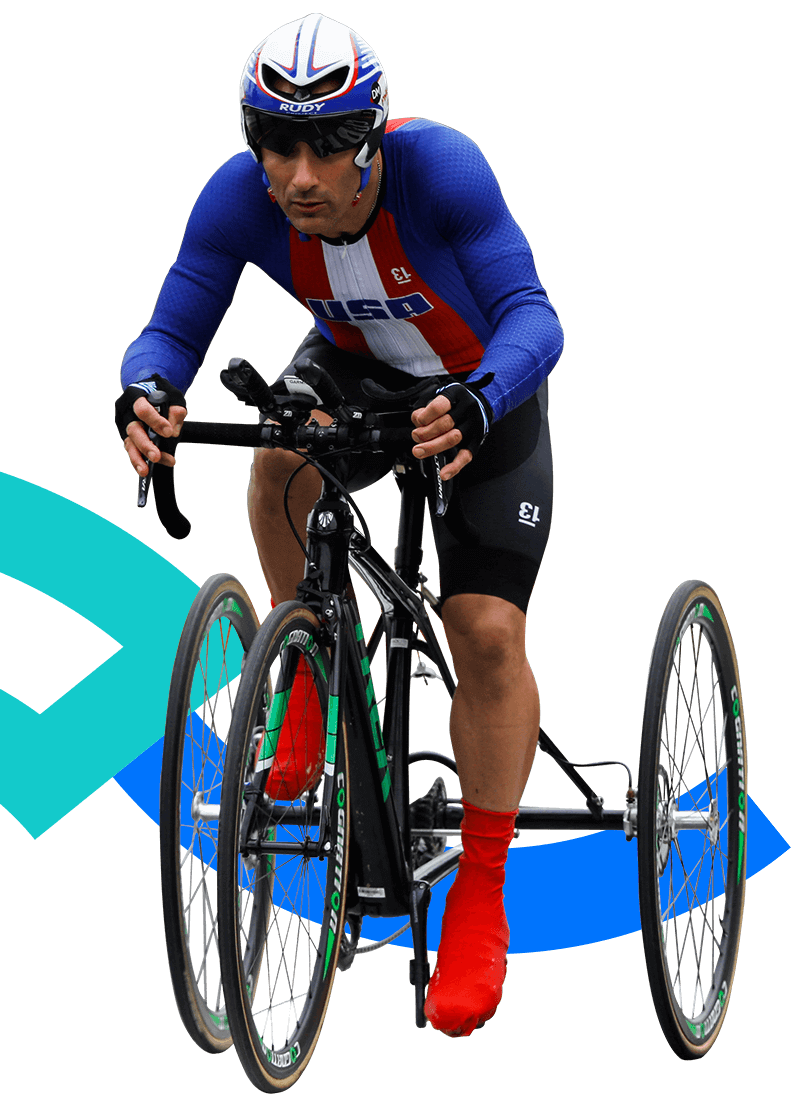 Route Para cycling was first featured at the New York Paralympic Games in 1984 and has been present at every Games ever since.

This discipline made its Parapan American debut at Guadalajara 2011. At the beginning, it only included visually impaired competitors, but now athletes with physical disabilities and cerebral palsy also participate.

The race contemplates a certain route through the city, where, like Olympic road cycling, physical condition and strategy are very important factors to obtain a good result.

Para athletes are distinguished by categories, which correspond to a letter and number related to the type of bicycle they use. Another way to differentiate is by the color of the helmet according to the sport class that corresponds to the cyclist.

As in track cycling, B is for tandem bicycle, C for conventional bicycle with adaptation if necessary, T for tricycle and H for handcycle, and the number that goes from lowest to highest according to the degree of disability, from 1 to 5.

Within the tests, the tandem race, bicycle, handcycle and tricycle stand out, in male and female competitions. Here the road race, individual time trial and handcycling team relay stand out.

it is specifically adapted in relation to the prosthesis of each athlete. This is ideally used by competitors who have partially lost a limb or its mobility, being differentiated into categories C1 to C5.
these vehicles are handled manually, where athletes go partially upright, reclined or completely lying down, differing in categories H1 to H5.
here the competitors drive the vehicle with their legs, propelling themselves with a structure similar to a bicycle, but with three wheels to give the competitor greater stability. They are differentiated into T1 and T2 categories.
it is a bicycle for two cyclists. The runner who is ahead and driving the bicycle is called the “pilot”, and the cyclist who occupies the second position is visually impaired. They group in B1 and B2.

What types of impairments do athletes who compete in cycling have?

All cyclists who have some type of qualified disability according to each of the official categories of Para Cycling can participate in this discipline.