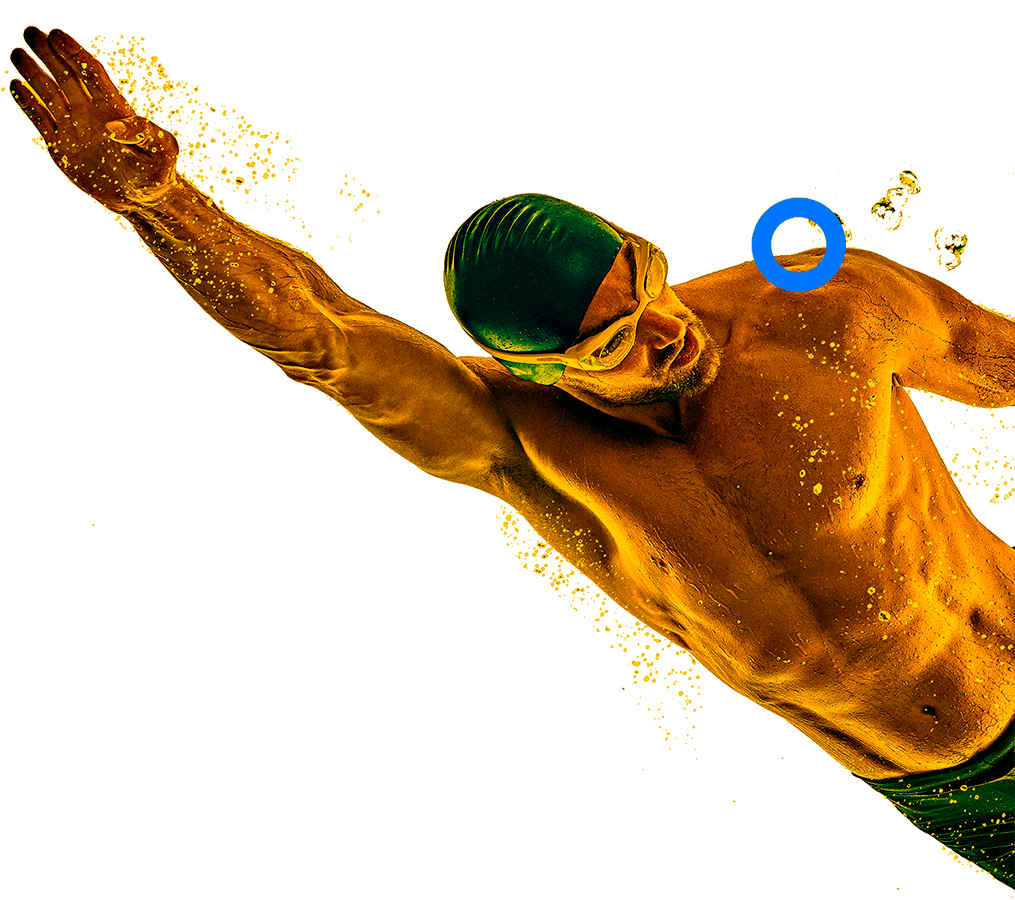 Aquatics Swimming is a very popular timed aquatic discipline in the Games, which demands a lot of endurance and speed. It has different swimming techniques that vary between breaststroke, butterfly, backstroke, freestyle and combined.

It is practiced in regulated pools in events from 50 m and increasing to 100, 200, 400, 800 and 1,500 m.
You can watch individual or group competitions, where the athlete or teams (relay events) reach victory by touching the plate at the end of the last lap.

Prehistoric records show that man learned to swim to cross rivers and lakes. Stone Age cave paintings depicting people swimming have been found in Egypt. There are also cultural samples in ancient Greece and Japan.

Swimming, throughout history, was a little practiced sport until the early 19th century, when the National Swimming Society of Great Britain was founded and began to organize competitions.

As for the Pan American Games, swimming was admitted to the first edition of the Games in Buenos Aires 1951.

The U.S. delegation has won the most medals, accumulating 747 in the Pan American Games. Of these, 344 are gold medals.

In Santiago 2023 you will see endurance and speed in this discipline that is practiced individually or in relay groups. Victory is achieved when the athlete touches the plate at the end of the last lap. When swimming, the athlete must seek the least possible resistance against the water to achieve greater speed. Swimmers compete to achieve the fastest time while covering a designated distance swimming a particular stroke. Although no specific stroke is specified for freestyle competitions, all swimmers use the crawl, which makes them go the fastest.

In backstroke, athletes swim with their heads up and use their arms to glide across the surface of the water. In butterfly, the swimmers' arms move symmetrically, accompanied in a coordinated manner by a kick, evoking a butterfly in flight. At breaststroke, athletes circle their arms underwater to achieve maximum thrust and minimum drag.

Which style is allowed for freestyle swimming competitions?