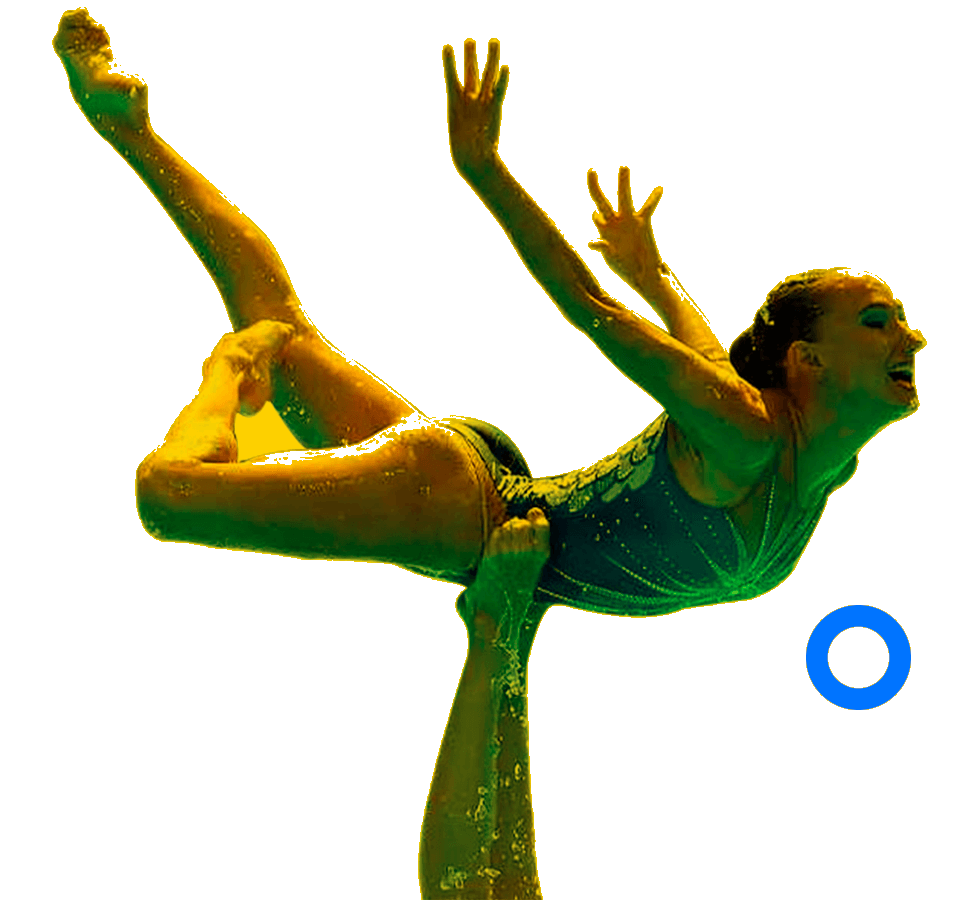 The athletes perform extraordinary feats of strength, flexibility and endurance. Even as they perform perfectly choreographed acrobatics, the swimmers generally spend the first few minutes underwater exhausting the strength of a single breath.

The first records of the practice of artistic swimming or synchronized swimming date back to 1891 in Berlin, Germany. During those years, several clubs were created to practice the sport and it spread to countries such as Australia, Canada, the United States, Germany, Spain and France. In its beginnings it was considered a men's sport, but it quickly became a purely feminine discipline.

As a historical fact, in the early 20th century, Annette Kellerman, an Australian swimmer, toured the United States performing water acrobatics. Her shows were very popular and, as a result, the sport was born.

Artistic swimming became an Olympic sport for the first time at Los Angeles 1984, with individual and pairs events. These events were also held at the 1988 Olympic Games in Seoul and at the 1992 Barcelona Games. Atlanta replaced them in 1996 with water ballet for eight, but since the 2000 Olympic Games, the Olympic program has included duet and team events.

This competition was admitted to the Pan American Games in the second edition in Mexico City 1955. Since then, it has been part of all the Games, except for Chicago 1959 and Winnipeg 1967.

Although mixed duets, which include the participation of men in the discipline of artistic swimming, are not yet incorporated in the Olympic program, they have been included in the world program since 2015.

The Pan American medal count is led by the U.S. delegation, which has won a total of 38 medals, including 27 gold medals.

Competitions in this attractive discipline are divided into two parts: technical routine and free routine. Judges score technique, grace, finesse and artistic creativity in performing a choreography to music in both routines. Strength, height and artistic expression in performing each figure or technical element are also scored.

The scoring system reaches up to 10 points, this being the maximum and perfect score for each judge. However, there are certain penalties that may be assessed for showing signs of fatigue, not showing grace or smiles, and leaning on the edges or bottom of the pool.

Each team completes two routines: the technical routine, which must include five designated figures and last a maximum of two minutes and 50 seconds; and the free routine, which takes four minutes. Duets perform the technical routines in two minutes and twenty seconds and the free routine in three minutes. The routines are performed to music. Performances are graded on synchronization, difficulty, technique, elements and choreography.

Athletes wear swimsuits that are practically works of art, as well as waterproof makeup. The two forms of artistic swimming at the Olympic level are the duet event and the team event.

The competition pool must be three meters deep, 12 meters wide and 30 meters long.

How are artistic swimming competitions played on the Olympic circuit?

In duets and teams.

On the Instagram profile Team Syncro Chile you can find information about the Chilean National Artistic Swimming Team. You can follow the competitions in which they participate and the various categories in which they compete.

https://www.instagram.com/teamsynchrochile/?hl=en
Go back to sports