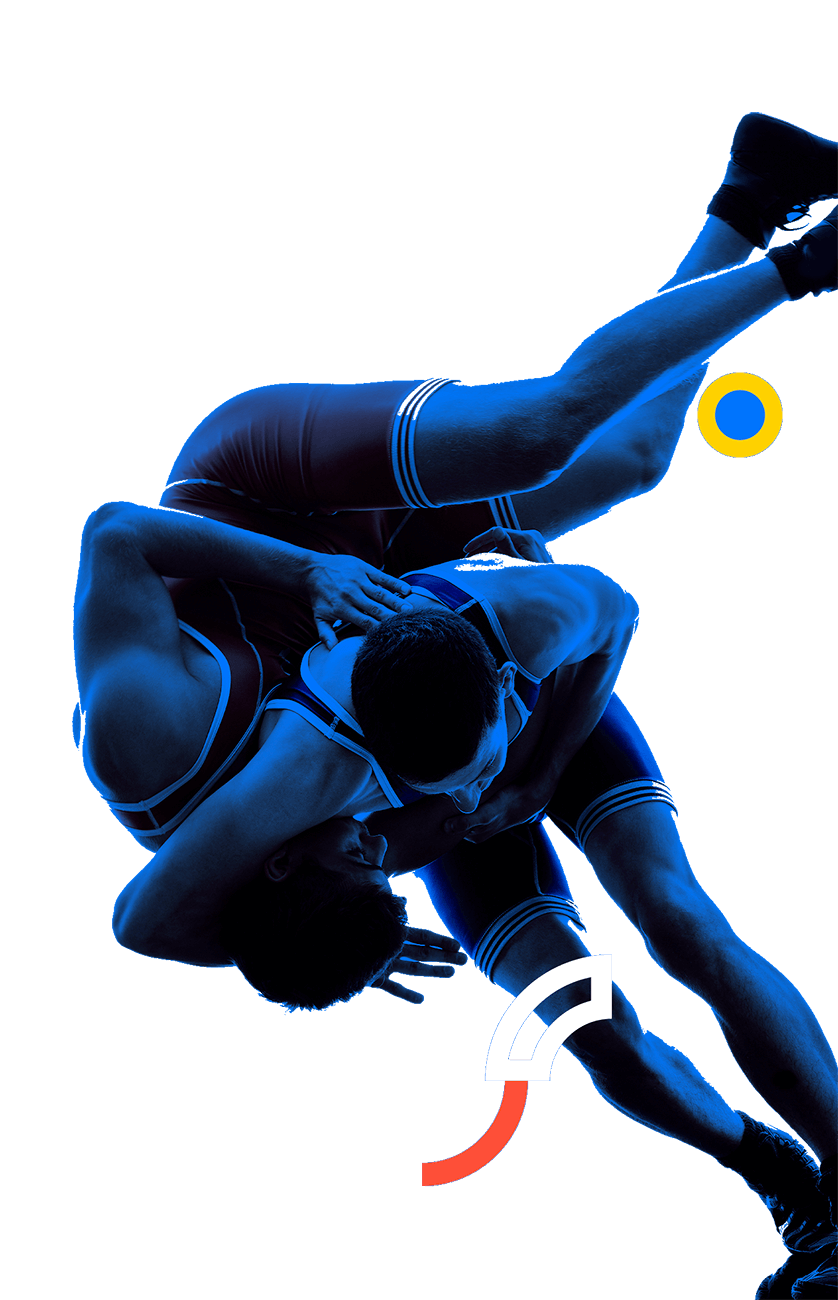 Wrestling was a discipline in the ancient Olympic Games in 708 BCE, but the Greco-Roman style was included in the first games in the modern era in Athens 1896 and became one of the most important disciplines, combining several Roman and Greek wrestling techniques.

The essence of both disciplines is the same: without any external implements and without grabbing on the clothes, two athletes try that both shoulder blades of the opponent touch in a complete manner on the mat. To achieve it, Greco-Roman wrestlers only use their upper body and arms, while free wrestling may use any part of the body.

There are sports that are centuries old, being practiced in different civilizations with its variants, until it was standardized to be Olympically acknowledged, as is the case of wrestling. It is a sport that has been present in several cultures and civilizations around the world, and there is plenty of data found by historians such as records and drawings that prove it. There are registries about wrestling in practically all eras of humanity, from Babylon, to Egyptian, Japanese, Chinese, Greek and Roman, from thousands of years before common era up until today.

It is believed it was born as a method to solve disputes, in a free way and where each participants used their own techniques to win in combat, which has aided indirectly the creation of several other fighting disciplines. Long before it was considered a sport, wrestling had the basic defence and attack concept, in the sense to prove superiority in a bout.

The International Federation of Associated Wrestling Styles was founded in 1912, in Sydney 2000 it made a few modifications, mainly in the weight categories and their quantity.

The wrestling event has been disputed in the Pan American Games since its first edition, in Buenos Aires 1951. The historical medal count is led by the United States, a delegation with 105 gold medals. 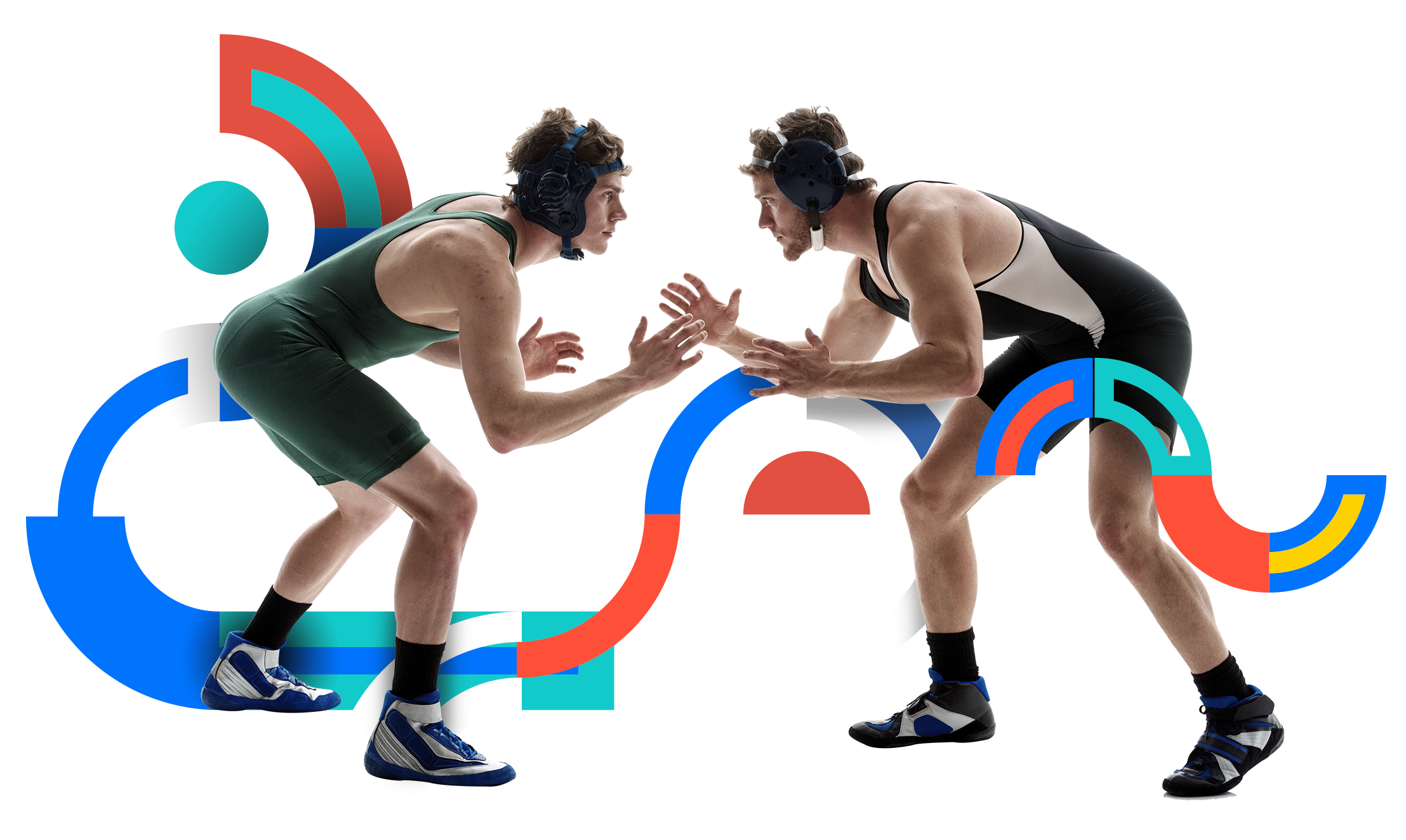 How do you wrestle?

In Greco-Roman wrestling the aim is to immobilize the opponent with both shoulders on the mat, using exclusively the arms and torso. The six categories are divided by weight, up to 59 kg is the lightest, and up to 130kg is the heaviest. There is no female categories in this discipline.

The bouts happen on a 12 x 12 m mat and the combat area is 9m in diameter. They last for two periods of 3 minutes, with a 30-second rest. To win, a wrestler has to keep his opponents both shoulders on the mat for a second, after which the combat ends. This is called fall or pin.

The bouts are disputed (two periods of three minutes with a 30-second break, not 3 periods of 2 minutes each) to the best of three periods, of 2 minutes each, and in case no wrestler is immobilized with his back on the mat, the decision falls on the judges, who assign points depending on the techniques performed by each wrestler.

A direct elimination system is used in the competitions and the two winners of each side of the bracket face each other for the gold medal.

In Greco-Roman wrestling, the combat may also end when there is a difference of eight points. In free wrestling, it is ten.

One, two, four or five points may be given to a wrestler depending on his action.

Greco-Roman wrestling implies having so many dynamic abilities, like when wrestlers perform throws with the upper body, and it is a fascinating discipline due to its pure and hard strength. Free wrestling is based on the unbalancing of an opponent through leg attacks, throws and counter defence techniques.

With so many options for scoring available to wrestlers, the bouts often continue to be competitive even in the last seconds, since athletes usually perform spectacular attacks and launches in the final moments.

What are the elements of a safe free wrestling equipment?