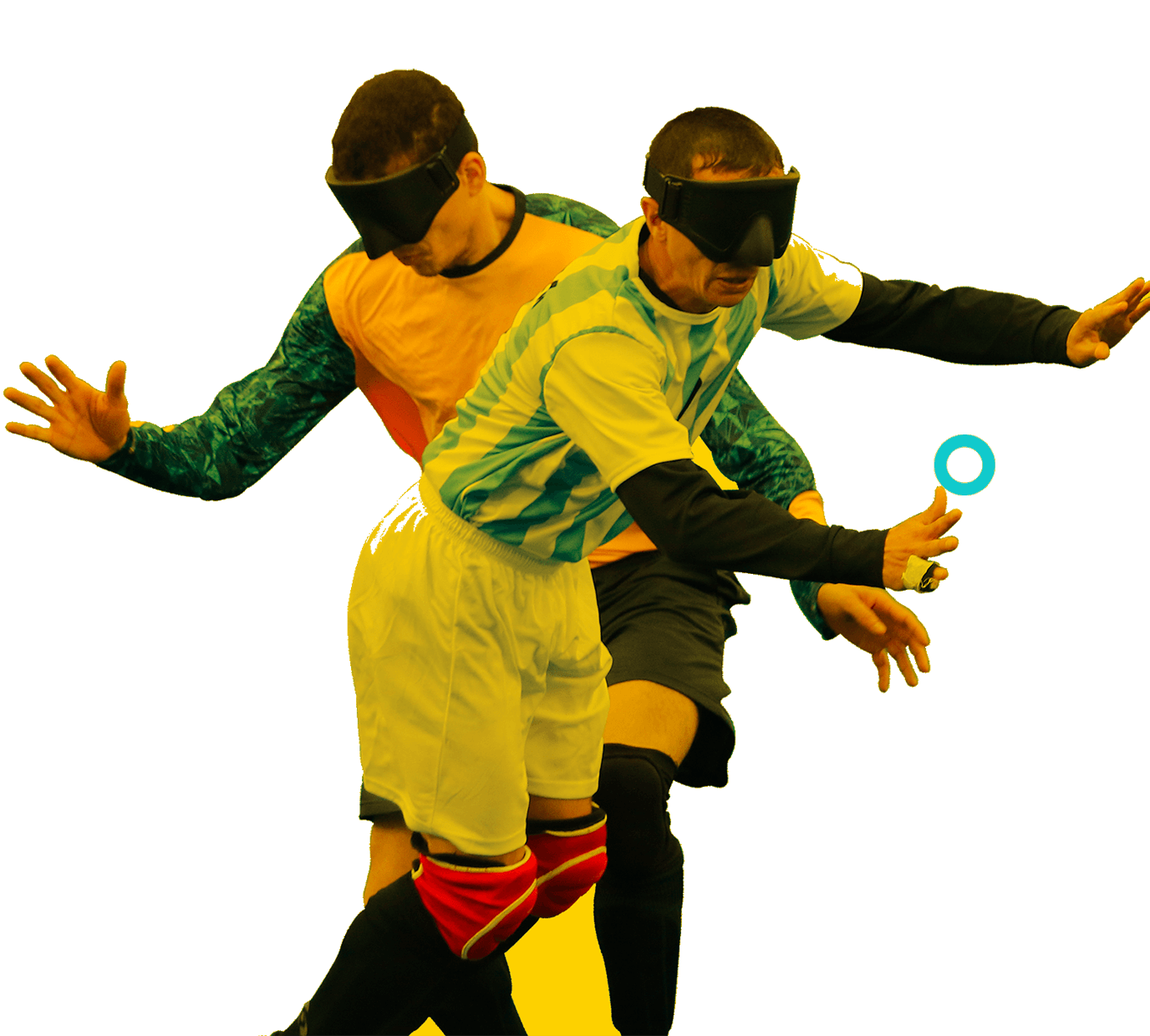 Blind football is a dynamic discipline for visually impaired athletes. It is played with a sound ball and two teams, made up of five players each.

The players, wearing patches and goggles, receive guidance and verbal instructions from the goalkeeper, coach and guide with the aim of scoring goals against the opposing team.
This sport is a version of futsal.

The discipline is disputed by athletes with visual impairment, who have low or no vision caused by damage to the structure of the eye, optic nerve, optic pathways, or visual cortex of the brain. There are three sports classes according to the following detail:

B1, with very low or no visual acuity, as well as low or no light perception;

B2, who have greater visual acuity than athletes competing in class B1, and/or visual field less than 5 degrees in diameter, and

B3, with more clarity of vision than B2 athletes and/or visual field less than 20 degrees in diameter.

During the Santiago 2023 Parapan American Games, the category in competition will be B1, that is, completely blind athletes.

Despite being one of the most popular sports among visually impaired athletes, soccer is one of the youngest in the IBSA International Federation.

So, how did football for the blind and low vision start?

Football for the blind began in schools for the visually impaired. Spain is considered the pioneer of this sport, which began its practice in the 1920s. Later there was activity in Brazil in the 1960s and the first national championship was held in 1974.

Without a governing body, each country played by different rules and with different balls, pitches and playing surfaces. However, as the game grew, friendly international tournaments were held.

After decades of development by different countries, in 1996 football became dependent on the International Blind Sports Federation.

Internationally recognized rules were developed before the first major international competitions. The IBSA International Federation advanced with two disciplines: soccer for the blind, for athletes in class B1, and soccer for athletes with low vision, who are classified as B2 and B3. The two groups continue to compete separately today.

It is a discipline for athletes with visual impairments. It is disputed with a ball that has been modified to make a jingling or rattling sound, in order to allow its location on the pitch.

Each team is made up of four visually impaired players on the pitch and one non-impaired goalkeeper. The playing field is 20 m wide and 40 m long, subdivided into three zones: defensive zone, middle zone and attack zone. The goals measure 3.66 m wide and 2.14 m high.

The matches have two halves of 15 minutes, plus a ten minutes break between them. If there is a tie after extra time, a penalty shootout is played to decide the winning team. The public must remain silent throughout the game to allow both teams to hear the sound ball. Shouting and clapping are only allowed when a goal is scored.

How long does a blind football game last?

At the end of January 2022, the final of the National Blind Football League was held at the Malaquías Concha Complex in La Granja, in the south of Santiago. Club Olimpia de Melipilla beat Deportivo La Granja 4-1, keeping the title. And also Víctor Hugo Silva, captain of the cast from Melipilla, was chosen as the best player of the tournament.